in association with the Long Center and SING! Toronto
with special guest, DEKE SHARON (Pitch Perfect, The Sing-Off, Vocalosity).


Our 2016 festival was held March 4 at the Long Center in downtown Austin, in conjunction with VOCALOSITY,
the all-new live concert event from the creative mind of artistic producer Deke Sharon. 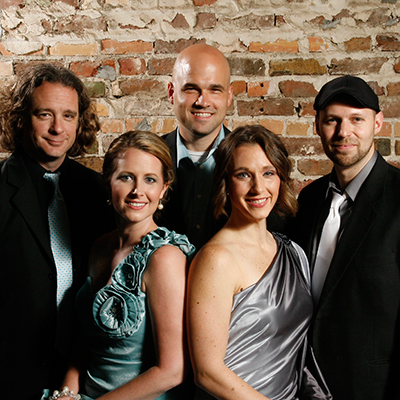 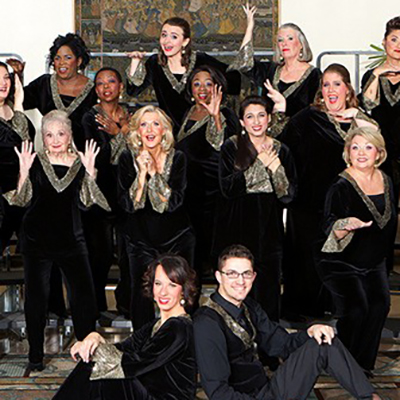 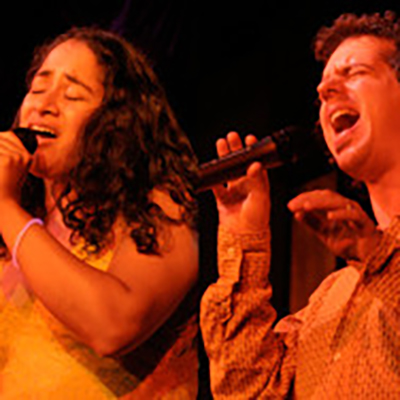 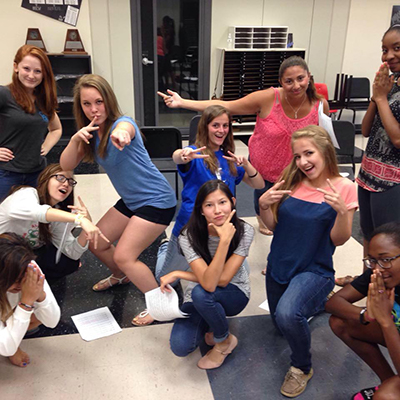 From the creative mind of artistic producer
DEKE SHARON (Pitch Perfect, The Sing-Off)
comes the all-new live concert event
that takes a cappella to a whole new level! 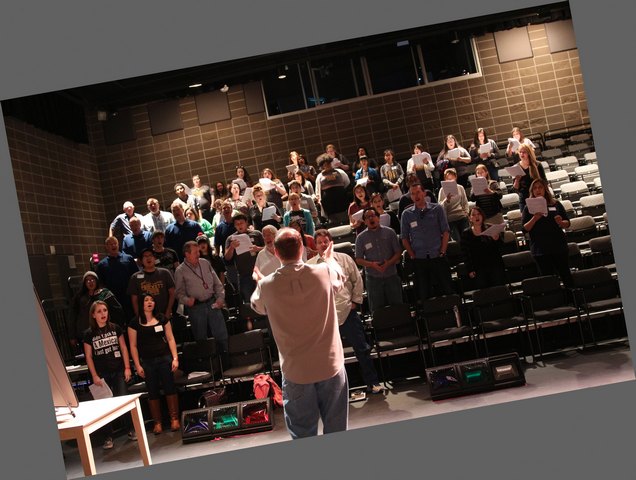 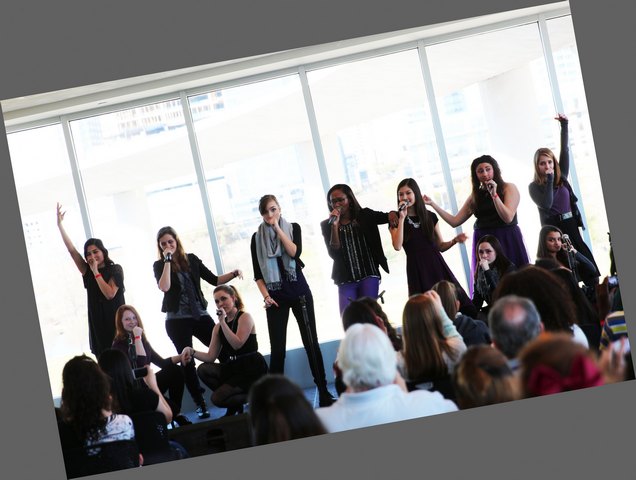 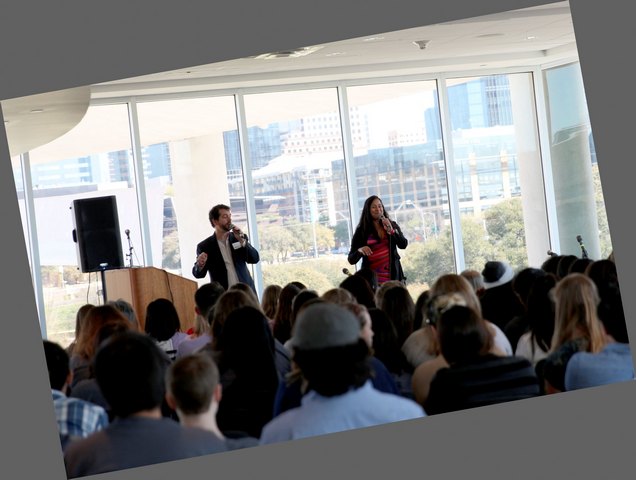 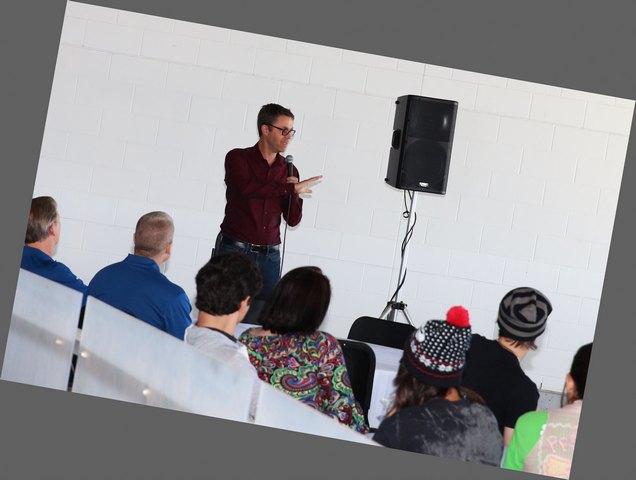 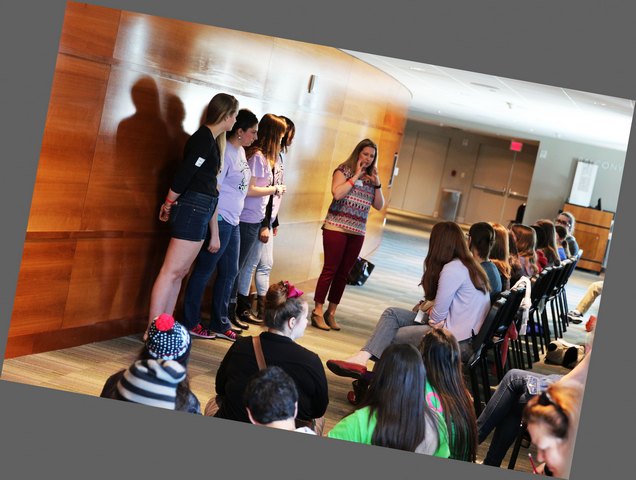 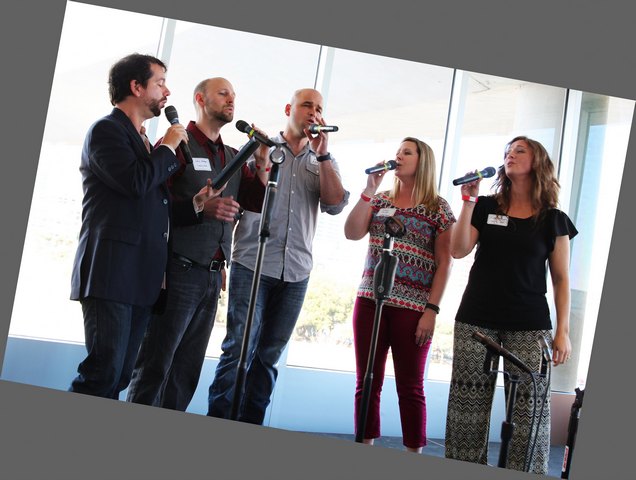 Based on the acclaimed book of the same name, co-written with Deke Sharon and featured in Pitch Perfect II, internationally-renowned arranger Dylan Bell will take you through the Ten Steps to creating the perfect a cappella arrangement.

Discover the techniques of beatboxing and vocal percussion in this instructional demonstration.

Industry professionals answer your questions about the business side of music.

Every arrangement tells a story. What is it that makes a story truly impactful? Through professional examples and exercises, learn how to bring your story off the page and onto the stage!

Discuss touring strategies, pitfalls, and opportunities, with a look at international touring.

How to Promote Your Singing Group (Brett Abbott)

In this crash course marketing session, discover how to leverage the Internet, social media, website, e-mail and more to promote your image and your events, and discuss best practices in attracting and retaining members.

How to Tune (Mark Hale)

Award-winning director, Mark Hale, demonstrates the magic of harmonizing in tune in this interactive workshop.

Get an inside look at the technologies and techniques behind this captivating new art form.

Singing by the Numbers (Deke Sharon)

Wanna learn how to sing a cappella harmony without any sheet music? Using the diatonic scale (do-re-mi), learn how to use your ear and some very basic music theory to create interesting background parts to a wide variety of popular songs.

Join members of award-winning jazz/pop quintet, Clearly Vocal, for a fun, interactive workshop designed to help you overcome whatever is holding you back vocally. 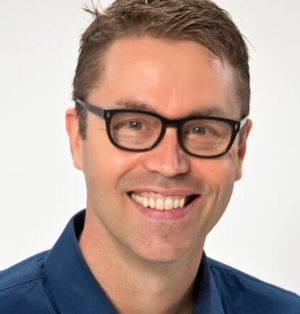 Upon graduation in 1991, he moved back to San Francisco, bringing with him a handful of other collegiate a cappella singers to form The House Jacks, a pioneering a cappella group known for its original music and sound, often called "the original rock band without instruments," in part because they were the first a cappella group with a designated vocal percussionist.

The House Jacks have released seven albums (signed to Warner Brothers/Tommy Boy Records in the mid-1990s) and completed several world tours. He has performed with many musicians, including Ray Charles, Crosby, Stills and Nash and James Brown. They have won "Best Pop Rock Album" from the Contemporary A Cappella Society, for "Unbroken" (2004), "Level" (2010), and "Pollen" (2014).

He also performs as a solo artist, with groups such as the San Francisco Gay Men's Chorus and at events like Singapore's "Vocal Edge" and directing Carnegie Hall's annual "TotalVocal". 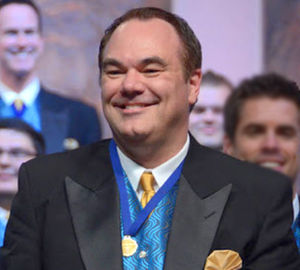 At 33 Mark Hale had already amassed 15 years of directing experience with two choruses in Kentucky, and been a district quartet champion in 1987 and 1995. At age 16 Mark joined the local Mammoth Cave Chapter and his nine-year relationship there allowed him to experiment with arranging and directing.

In 1990, Mark joined the Louisville Thoroughbreds chorus and soon became a member of its music team. His interests in directing and arranging grew even more, and in 1992 he became a founding member of the Louisville Times chorus, which he directed through 1999 and on four occasions led the 30-man group to the top ten at International. In 2001, a year after joining the Masters, he won an international quartet gold medal as the lead singer of Michigan Jake, and followed that up the next year by directing the MOH to its fifth international chorus championship (Portland, 2002). The success continued unabated for another decade, with further championships in Salt Lake City (2005), Anaheim (2008), and Nashville (2011).

In early 2012 Mark announced he would be retiring as the MOH music director after the chorus’s "swan song" appearance the following July in Portland. At a special chorus luncheon the next day, Mark was inducted into the Masters of Harmony Hall of Fame—only its 10th member. At that same convention the Barbershop Harmony Society honored Mark with the Joe Liles Lifetime Achievement Award for directorship, an award given "as a way to honor . . . those who by their demonstration of lifelong commitment to the Barbershop style by raising the standards of excellence have, through their leadership, helped us move forward."

Producer; Publisher; Manager for The Nylons 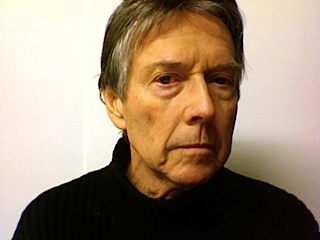 Paul has coordinated hundreds of concerts and dozens of tours worldwide including shows in Japan, Korea, Australia, Malaysia, Europe, USA and Canada, overseeing concert production and tour logistics. He currently manages The Nylons, an international legend in the world of a cappella music with seven gold and platinum records. 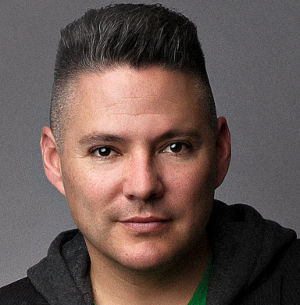 Tony Huerta: Producer, Singer, Beatboxer, Studio Owner and Live Sound Engineer—Tony Huerta started his music career as a professional singer for Six Flags/Elitch Gardens, as well as majoring in Vocal Performance at the University of Northern Colorado. In 1998, Tony joined the groundbreaking A Cappella group "The 17th Avenue Allstars" and performed for ten years as the Vocal Percussionist and baritone/tenor, performing in about 70-80 concerts per year across the United States. As the principle arranger, recording engineer, and producer for three full length "Allstar" CD's, Huerta took it upon himself to learn studio and live sound engineering.

Currently, Tony is the international touring Production Manager for 10 time Grammy winners, Take 6 of which he met in 2006. As a freelance engineer, he has mixed concerts for many major acts including Stevie Wonder, Amy Grant, Kirk Whalum, Nnenna Freelon, and Brian McKnight, as well as the 2010 Shakira tour as Front of House engineer for Nota.. Huerta has also mixed in famed halls and venues like the Kennedy Center, the Apollo Theater, Lincoln Center, American Airlines Arena, Pepsi Center, Tokyo International Hall, and more. His TV credits include specials for TV One and Trinity Broadcasting Network, and the White House Christmas Tree Lighting. Huerta also engineered live sound for the 2009 Armed Forces Network Production of "Holiday Notes From Home" at the Grand Ol Opry in Nashville which received a regional Emmy Nomination. 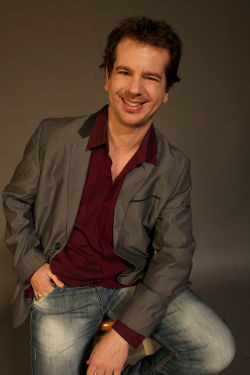 Dylan Bell’s affinity for music was discovered early, when his parents realized he could sing in tune at three years of age. They realized he had perfect pitch, and soon enrolled him in classical piano and violin lessons. At the age of twelve Dylan moved to the cello; in high school he discovered the guitar, bass, and drums, and began directing and arranging music for the school’s vocal jazz ensemble. He then went to York University where he studied piano, bass, percussion and conducting. He received his BFA in music in 1995, his B.Ed and OTC from the University of Western Ontario in 1997, and his M.Mus at University of Toronto in 2014.

Dylan is a mainstay on the Canadian music scene, having sung with many of Canada’s premiere vocal ensembles such as Cadence; Hampton Avenue, the Nathaniel Dett Chorale, The Watch, the eclectic FreePlay Duo, and the 1980s-era vocal pop group Retrocity.

Behind the mixing board, Dylan has produced or engineered several award-winning albums, including a Juno co-nomination as Best Engineer for the Cadence album "Twenty For One"; "Ferris Wheels" with the world-renowned Swingle Singers from London, England; and "Skin Tight" with the a cappella legends The Nylons. Dylan’s work as a composer and arranger has garnered international recognition, as winner of the John Lennon International Songwriting Competition (Best Jazz Song, 2005), and a Contemporary A Cappella Recording Award (Best Original Song, 2006). His vocal arrangements are sung worldwide from Arnprior to Zurich. His choral compositions can be heard in such varying contexts as the Victoria Scholars, the Canadian Chamber Choir, and Cadence, as well as several American and European choral ensembles.

Dylan is also a published author. His work "A Cappella Arranging" co-written with Deke Sharon, was published in 2013 and is considered an authoritative text on the subject. It is featured in the movie "Pitch Perfect 2" and used as a teaching text in several universities. 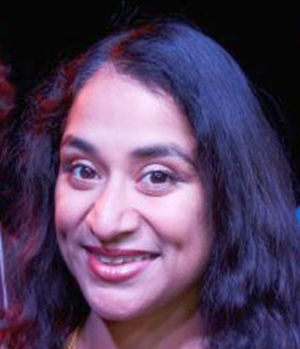 Suba is in demand as a choral director, arranger, educator and composer. She has composed and produced music for theatre, film, radio and dance. Highlights include collaborations with Deepa Mehta and the CBC. 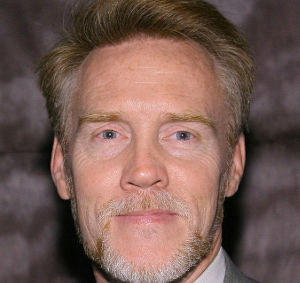 Prior to founding MYM Austin, Brett enjoyed a successful 20 year career in high-tech marketing and sales management. Trained in a myriad of sales, marketing and business training concepts, Brett was responsible for rolling out new product lines, creating and delivering strategic sales and marketing programs, and managing multi-national accounts and operations in the US, Europe and Asia.

In 2002, Brett left the high-tech industry and became a licensed agent of Monopolize Your Marketplace™. After extensive training in the MYM system, he founded MYM Austin. The operation has now grown into team of more than a dozen experienced professionals and advisers. These experts support our MYM operations in the areas of strategic development, tactical management, copywriting, graphic design and website management. Brett is recognized by the Monopolize your Marketplace organization as a "Level III Accredited Agent," one of only three such agents in the country.

Brett is a frequent keynote speaker and leader of workshops and seminars throughout North America and Europe. Subjects include: "Monopolize Your Marketplace – The New Rules of Marketing" "Seven Crucial Steps for Marketing Your Pool Business" "Website Secrets For Pool Builders" "How to Get the Most Out Of a Home Show" "Surviving against E-Commerce Competition" "Creating and Using Your Elevator Pitch" 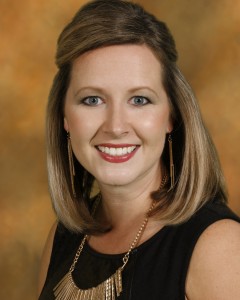 Stefanie sings soprano in Clearly Vocal. A member of choirs and ensembles since her elementary school days, she performed in numerous productions and competitions in high school and had the privilege of singing abroad during her college years. She finds great inspiration from the Real Group and Margareta Bengston, and is currently is working on expanding her range.

Award-winning five-voice a cappella vocal group with eclectic tastes, Clearly Vocal brings energy and life to a range of genres, including jazz, pop, classical and inspirational, through innovative arrangements and tight harmonies. Clearly Vocal is a member of the Contemporary A Cappella League and a founding member of SING! Texas. 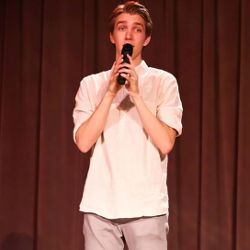 Pearce Illmer is a senior at the University of Texas and is the three-year music director and primary arranger for the University of Texas's nationally recognized collegiate a cappella group, One Note Stand. In his time as music director, he helped One Note Stand become the first Texas a cappella group to compete in both the Sojam and BOSS a cappella festivals, he co-arranged on a track that was featured on Voices Only Forte (Maps with the Vocal Company) and recently was awarded "best arrangement" for One Note Stand's ICCA Southwest quarterfinal set.

Pearce's arrangement style is strongly rooted in his belief in the unique emotional connection created through vocal music. He strives to provide singers with a road map to express their most genuine selves. Let him help your group begin their journey! 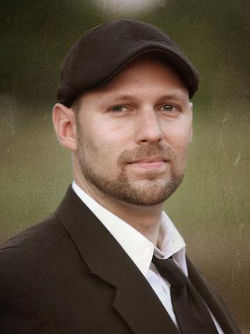 John is the General Manager of SING! Texas, CASA Ambassador for Texas and a founding member of Clearly Vocal. John has been a music addict for as long as he can remember. At an early age, he became entangled in a complex web of band, choir, musical theater and radio. So far, he has performed in thirty-four states and at least fourteen countries.

John has a Bachelor of Arts degree in Music from Harding University and a Master of Marriage and Family Therapy degree from Abilene Christian University. Currently, he is the Minister of Worship and Communications at Glenwood Church of Christ in Tyler, Texas, where he leads a Monday night therapy group for compulsive singers.